END_OF_DOCUMENT_TOKEN_TO_BE_REPLACED

From Decemper 2015 to May 2015 I took part in a trading contest (by Directa Sim) with some fellow students. During those months the global markets – the European markets especially – were in a turmoil. A big turmoil. Volatility sky-rocketed due to the Greek government-debt crisis.

Every other week news brought dramatic effects to the markets. Not only the future of Greece was at stake – the European currency itself was.

Managing a portfolio – a risky one – during those months was very educational.

Our team was the “Gauss Team”. We were given real money – it was not a simulation: 5000 Euros, the goal was to make the most out of them. Six months later, when the challenge ended, we had very satisfactory results. Not only we succeeded (+22%, securing the 15th rank on 129 teams), we had done good team work and we had been fully aware of what we were doing. We had had an effective control over the risk, gradually increasing it from minor to medium (when we introduced some Futures) and we took higher risks in the last weeks. Profits rose along a fairly constant upwards trend, along with our portfolio volatility. We made hundreds of transactions, leveraged and unleveraged, for a total notional value of some millions Euros.

Some features about the challenge: 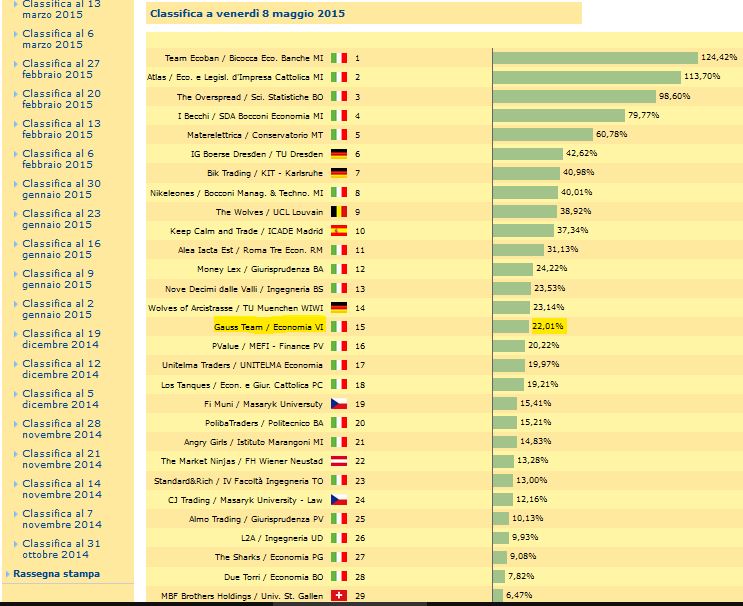 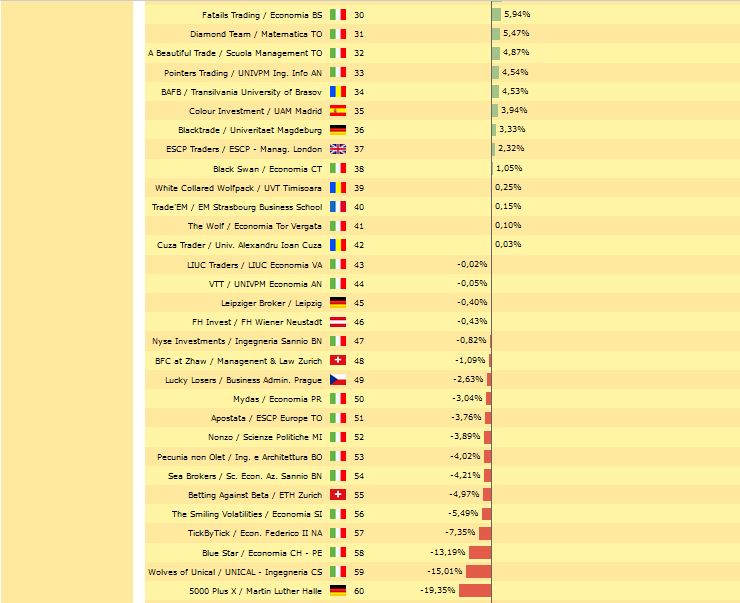 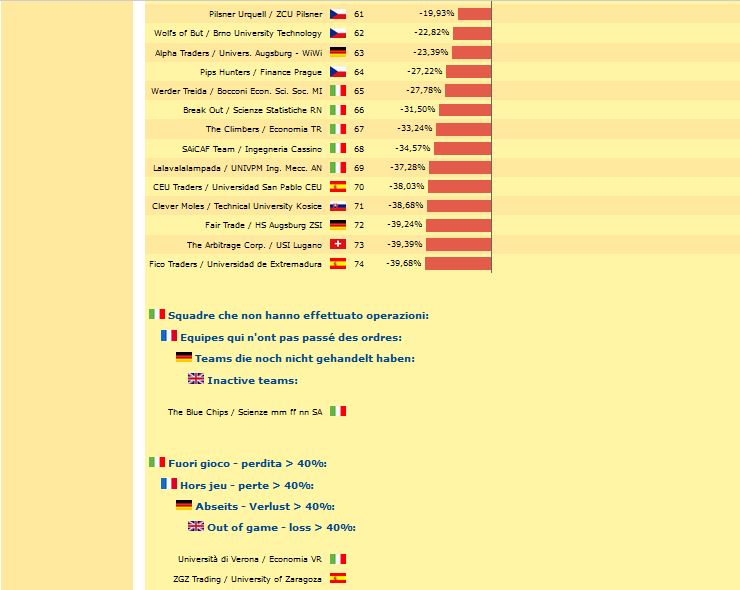 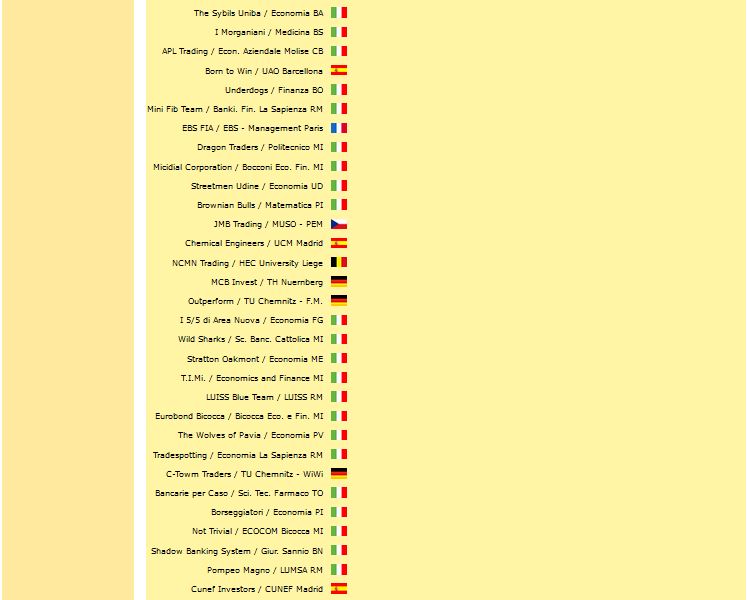 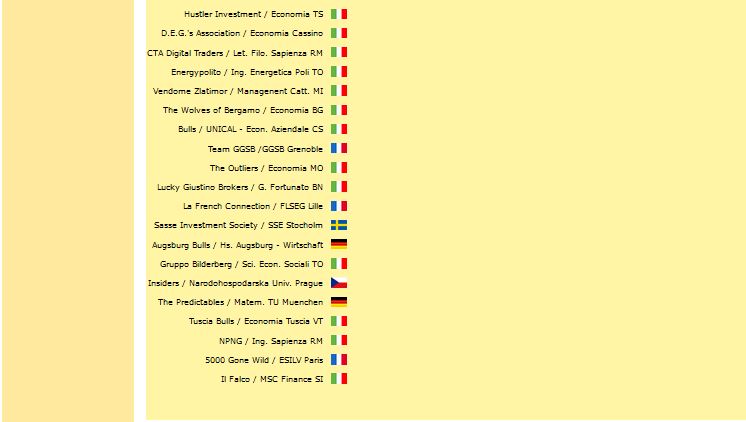 Comments are closed, but trackbacks and pingbacks are open.